The European Professions from the 19th Century until Today 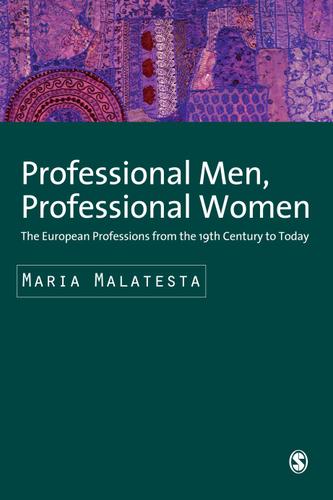 This book tells the story of the principal European intellectual professions from the demise of the ancien régime to the rise of the European Union. A historical study which applies sociological concepts it creates a European-scale picture of the professions spanning over two centuries of change. Uniting the legal, medical, engineering and accounting professions it provides a comparative historical and sociological exploration of ′Professional Europe′.

Inspired by Bourdieu it rejects theories of professionalization drawing instead upon the sociology of crisis and theories on the decline of the professions to introduce among others, the topic of the intellectual professions′ relationship with the fascist and authoritarian regimes.

Detailed, well defined and critical in its application Professional Men, Professional Women also examines the role of women within the professions and includes a devoted chapter conducting a twofold comparison between countries and professions.