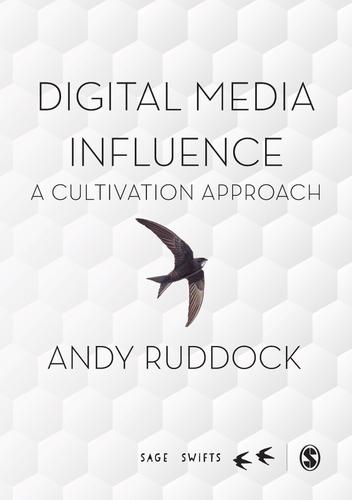 Digital Media Influence ties cultivation themes, such as mean world syndrome, mainstreaming, the celebration of white male violence, the ridiculing of ageing women, the inhibition of activism, the mediatisation of religion and the erosion of trust in education, with contemporary digital media case studies. Considering the aftermath of the Parkland murders, political memes, Islamophobia, the fate of female reality TV stars and the bad press directed at media education, Ruddock shows how these phenomena are born of media practices that cultivation theory began to dissect in the 1950s.

Paying close attention to the life and work of George Gerbner, Digital Media Influence locates today’s questions in the historical forces and relationships that moved media industries closer to the heart of global politics in the mid-20th century. It makes Gerbner’s work relevant to all critical media researchers by providing a theoretical, methodological  and historical steer for understanding new media influences. In explaining how one of the world’s leading media theories developed in relation to intriguing historical circumstances – many of them deeply personal – this book helps researchers of all levels to find their voice in writing on media issues.