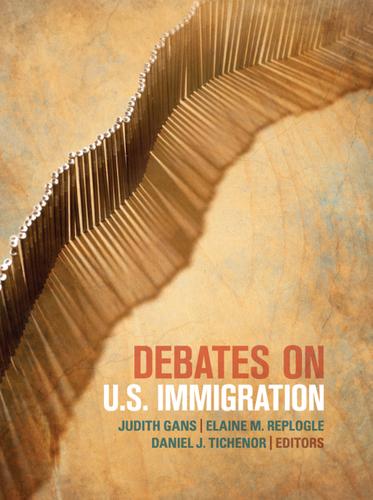 This issues-based reference work (available in both print and electronic formats) shines a spotlight on immigration policy in the United States. The U.S. is a nation of immigrants. Yet while the lofty words enshrined with the Statue of Liberty stand as a source of national pride, the rhetoric and politics surrounding immigration policy all-too-often have proven far less lofty. In reality, the apparently open invitation of Lady Liberty seldom has been without restriction. Throughout our history, impassioned debates about the appropriate scope and nature of such restriction have emerged and mushroomed, among politicians, among scholars of public policy, among the general public. In light of the need to keep students, researchers, and other interested readers informed and up-to-date on status of U.S. immigration policy, this volume uses introductory essays followed by point/counterpoint articles to explore prominent and perennially important debates, providing readers with views on multiple sides of this complex issue. While there are some brief works looking at debates on immigration, as well as some general A-to-Z encyclopedias, we offer more in-depth coverage of a much wider range of themes and issues, thus providing the only fully comprehensive point/counterpoint handbook tackling the issues that political science, history, and sociology majors are asked to explore and to write about as students and that they will grapple with later as policy makers and citizens.

The volume is divided into three sections, each with its own Section Editor: Labor & Economic Debates (Judith Gans), Social & Cultural Debates (Judith Gans), and Political & Legal Debates (Daniel Tichenor). Sections open with a Preface by the Section Editor to introduce the broad theme at hand and provide historical underpinnings.Each section holds 12 chapters addressing varied aspects of the broad theme of the section.Chapters open with an objective, lead-in piece (or "headnote") followed by a point article and a counterpoint article.All pieces (headnote, point article, counterpoint article) are signed.For each chapter, students are referred to further readings, data sources, and other resources as a jumping-off spot for further research and more in-depth exploration.Finally, volume concludes with a comprehensive index, and the electronic version includes search-and-browse features, as well as the ability to link to further readings cited within chapters should they be available to the library in electronic format.