Politics and Policy in the 111th and 112th Congresses 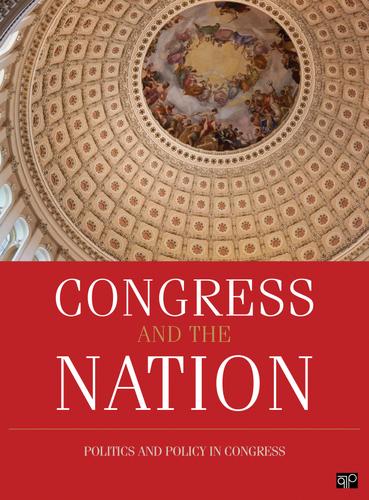 Chronicling the highly partisan and polarized environment during the historic first term of President Barak Obama, Congress and the Nation 2009-2012 is the most authoritative reference on congressional law-making and trends during the 111th and 112th Congresses. The newest edition in this award-winning series documents the most fiercely debated issues during this period, including:

This acclaimed resource also covers the shift in partisan control of the U.S. House after the 2010 midterm election and the subsequent gridlock for lawmaking in the 112th Congress. Organized by policy area, each chapter summarizes the legislative activity, including a chronology and legislative history of the bills passed and the major provisions of the final laws.

No other source guides readers seamlessly through the policy output of the national legislature with the breadth, depth, and authority of Congress and the Nation. This must-have reference for all academic libraries meets the needs of the full spectrum of users, from lower-level undergraduates through researchers and faculty.