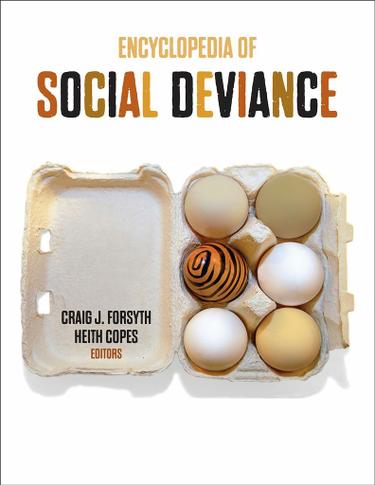 Social deviance—any behavior that violates a cultural norm—can involve something as major as crime or as minor as consistently and deliberately wearing lively mismatched socks. Whether a crime, a sin, or simply unique taste, what’s considered deviant at one time and place can change, as when extensive tattooing and "body art" evolved from a sideshow carnival spectacle to a nearly universal rite of passage within U.S. culture.

Drawing contributions from across the social and behavioral sciences, including sociology, anthropology, criminology, politics, psychology, and religion, the Encyclopedia of Social Deviance introduces readers to the lively field of rule-making and rebellion that strikes at the core of what it means to be an individual living in a social world.

Available in both electronic and print formats, this two-volume, A-to-Z encyclopedia set is a must-have resource for students and researchers who seek to understand social deviance.