Racism, Sexism, and the Media 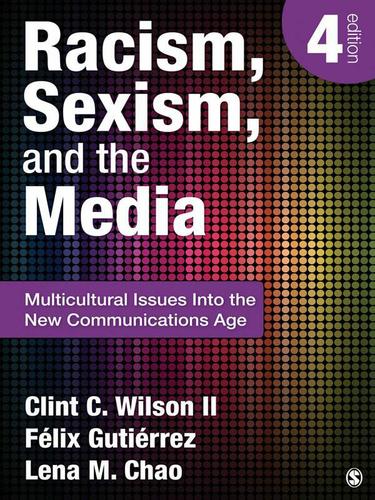 As our society becomes increasingly diverse, racial, ethnic, and gender inclusiveness and equality have taken on new life in the United States. The Fourth Edition of Racism, Sexism, and the Media examines how different race, ethnic, and gender groups fit into the fabric of America; how the media influence and shape everyone′s perception of how they fit; and how the media and advertisers are continuously adapting their communications to effectively reach these groups. The authors explore how the rise of class/group-focused communication, resulting from the convergence of new media technologies and continued demographic segmentation of audiences, has led media outlets and advertisers to see women and people of color as influential key audiences and target markets, as well as a source of stereotypes, which may lead to media insensitivity and may help perpetuate social inequity.

The Fourth Edition includes updated content on topics covered in the previous editions, such as film, television, radio, print media, advertising, and public relations. It also incorporates new material on: women of color, including an integrated assessment of their media experiences; new material on Muslim, Arab, and Asian groups; new technologies; and social media use and their impact. Presented in a logical, easy-to-follow format, this text offers readers an enhanced and expanded understanding of how women and minorities in the United States shape and are shaped by today′s media environment.