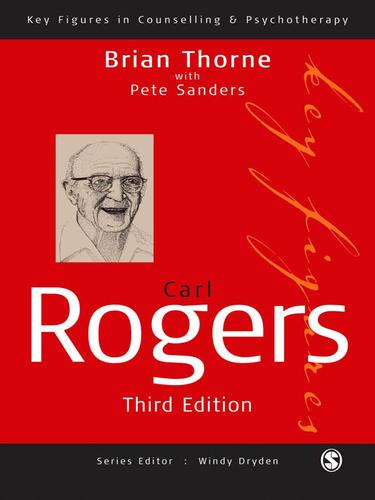 As founder of the person-centred approach, Carl Rogers (1902-1987) is arguably the most influential psychologist and psychotherapist of the 20th century. This book provides unique insights into his life and a clear explanation of his major theoretical ideas.

This Third Edition is co-authored by Brian Thorne and Pete Sanders, leading person-centred practitioners and bestselling authors. Pete Sanders contributes a new chapter on "The Ongoing Influence of Carl Rogers", covering topics such as research, the emerging tribes in person-centred tradition, and its interaction with the medical profession.

Brian Thorne draws on his experience of having known and worked with Rogers to beautifully describe the way in which Rogers worked with clients and from that, to draw out the practical implications of what is, in effect, a functional philosophy of human growth and relationships.

In the twenty years since the first edition of Carl Rogers appeared, the book has continued to provide an accessible introduction for all practitioners and students of the person-centred approach.