The Mind of a Journalist

How Reporters View Themselves, Their World, and Their Craft 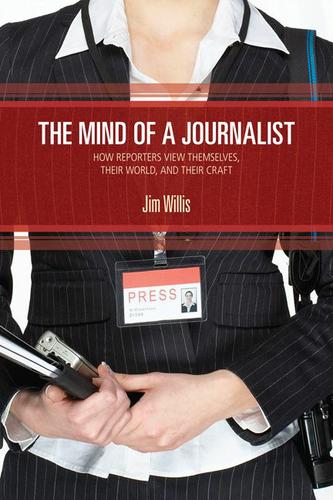 Written by veteran journalist and noted professor Jim Willis, with an epilogue by Marilyn Thomsen, this book introduces journalistic decision-making into the classroom, alongside discussion of reporting and writing techniques. Students peer inside the minds of a cross-section of print, broadcast, and online journalists by way of exclusive interviews and additional research that provide a deep, broad glimpse into how they perceive themselves, their world, and their craft. Ultimately, this provocative text provides added insights into how journalists think and why they do what they do.

Original interviews with contemporary journalists at varying career stages. Offers a rarely seen, inside look at the world of journalists from media outlets such as the Los Angeles Times, the Boston Globe, CNN, the Memphis Commercial-Appeal, KUSA Television in Denver, and The Oklahoman.Anecdotes involving how journalists work. Translates abstract thinking into the reality of everyday journalism.Interviews with several war reporters. Portrays the impact of covering war on those reporting from the field.An example of how different journalists approach traumatic stories such as 9/11, the Oklahoma City bombing, and Hurricane Katrina. Illuminates different orientations to conveying truth and dealing with ethical dilemmas involved in such disaster coverage.

The Mind of a Journalist is an appropriate and innovative supplement for a variety of media studies courses, including Introduction to Journalism, News Writing and Reporting, Advanced Reporting, Journalism and Society, and Ethics, among many others.