The Pen and the Sword

Press, War, and Terror in the 21st Century 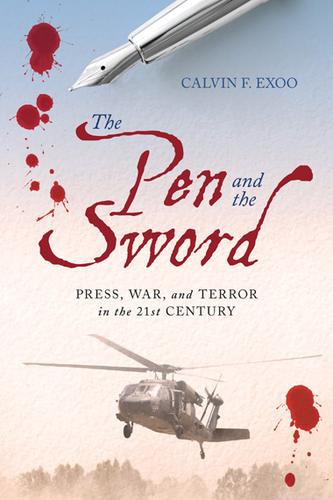 An eye-opening case study of the news at war, introducing a critical perspective on our mass media

The Pen and the Sword is the only comprehensive examination of how the media have covered the 21st Century′s #1 news story: terrorism and the wars in Afghanistan and Iraq. This is the full story—from 9/11 to the Obama doctrine, and including:

The war in Afghanistan. There were two sides to this story, but the press told only one, and the untold story would return to haunt us. The campaign for war in Iraq. What did the press know and when did they know it about the web of lies that led us into war?Iraq, from invasion to "Mission Accomplished." When the story of war is told as patriotic hymn, Playstation game, or melodrama of macho heroes and bad guys dressed in black, important things are left out.Aftermath, from "Mission Accomplished" to the present. Something has changed since the Vietnam War, when the press finally found its critical voice. However, the 21st Century media continue to cling to an untenable, pro-war story, even after the public has abandoned it.

The Pen and the Sword uses this tragic and eye-opening case study of the news at war to ask, "Why?" and to offer a critical perspective on our mass media, including the latest information on the underpinnings of the news business—corporate ownership, the power of elites to define the news—and adds three important new features of the media landscape:

The media profit crisis of the late ′00s and how it is affecting the news. The creation and mainstreaming of a new right-wing media surround-sound system. The increasing importance of entertainment media and soft news in shaping our views.

Providing a critical perspective on our mass media, this text is ideal for undergraduate courses such as Media & Politics, International Journalism, Political Communication, Crime and Media, and Sociology of Mass Media.

Praise for this book

"I am very enthusiastic about the book′s clear and forthright vision of systemic crisis, involving the social institutions of media and government. Prof. Exoo takes a very strong structural approach in his explanation; this is the most detailed analysis of media representations of the current war that I have seen. The chronological development of the journalistic narrative of the war is engaging and persuasive…This work is a good example of how responsible academics can contribute to the public dialogue."

"The writing is fantastic: Very easy to read, to understand, and to synthesize. The arguments are well crafted and well documented. This is the most up to date analysis of the media coverage of the Iraq War I have read, and it would put news coverage of the run-up to the War into context. …It′s a fun read, it′s accessible for students, and it′s timely. What more could a professor ask for?"

"The news media pay a lot of lip service to the importance of objective reporting and to their role in maintaining a healthy democracy. This book successfully challenges both assertions. … Exoo′s book provides an exhaustive illustration of what′s wrong with the news media, using a very relevant and timely example."

"This text will challenge students to reexamine their beliefs about the news media, helping them to become more critical citizens. In doing this, the text would engage students′ attention in crucial developments in the media, in politics, and in the intersection of the two."