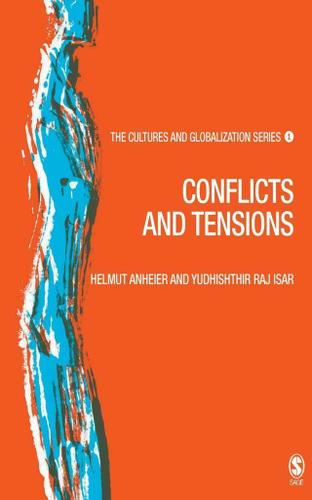 "In the age of globalization we are no longer home alone. Migration brings other worlds into our own just as the global reach of the media transmits our world into the hearts and minds of others. Often incommensurate values are crammed together in the same public square. Increasingly we all today live in the kind of ′edge cultures′ we used to see only on the frontiers of civilizations in places like Hong Kong or Istanbul. The resulting frictions and fusions are shaping the soul of the coming world order. I can think of no other project with the ambitious scope of defining this emergent reality than The Cultures and Globalization project. I can think of no more capable minds than Raj Isar and Helmut Anheier who can pull it off."

"This series represents an innovative approach to the central issues of globalization, that phenomenon of such undefined contours."

- Lupwishi Mbuyumba, Director of the Observatory of Cultural Policies in Africa

The world′s cultures and their forms of creation, presentation, and preservation are deeply affected by globalization in ways that are inadequately documented and understood. The Cultures and Globalization Series is designed to fill this void in our knowledge. Analyzing the relationship between globalization and cultures is the aim of the Series.

In each volume, leading experts as well as young scholars will track cultural trends connected to globalization throughout the world, covering issues ranging from the role of cultural difference in politics and governance to the evolution of the cultural economy and the changing patterns of creativity and artistic expression. Each volume will also include an innovative presentation of newly developed ′indicator suites′ on cultures and globalization that will be presented in a user-friendly form with a high graphics content to facilitate accessibility and understanding

Like so many phenomena linked to globalization, conflicts over and within the cultural realms crystallize great anxieties and illusions, through misplaced assumptions, inadequate concepts, unwarranted simplifications and instrumental readings. The aim here is to marshal evidence from different disciplines and perspectives about the culture, conflict and globalization relationships in conceptually sensitive ways.