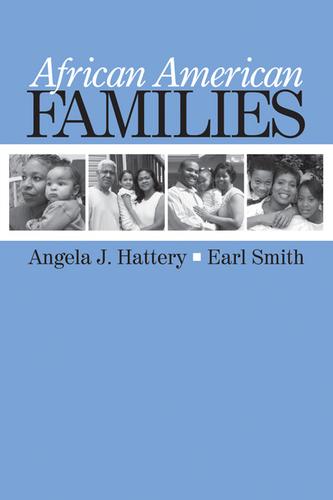 "Bravo to the authors! They have done an excellent job addressing the issues that are critical to community members, policy makers and interventionists concerned with Black families in the context of our nation."
—Michael C. Lambert, University of Missouri, Colombia

"African American Families is a timely work. The strength of this text lies in the depth of coverage, clarity, and the ability to combine secondary sources, statistics and qualitative data to reveal the plight of African Americans in society."
—Edward Opoku-Dapaah, Winston-Salem State University

"African American Families is both engaging and challenging and is perhaps one of the most important works I have read in many years. This book will most certainly move the discourse of the socio-economic conditions of black families forward, beyond the boundaries already set by other books in the market. African American Families is an excellent book whose time has come, and one that I would most definitely adopt."
—Lateef O. Badru, University of Louisville

African American Families provides a systematic sociological study of contemporary life for families of African descent living in the United States. Analyzing both quantitative and qualitative data, authors Angela J. Hattery and Earl Smith identify the structural barriers that African Americans face in their attempts to raise their children and create loving, healthy, and raise the children of the next generation.

Uses the lens provided by the race, class, and gender paradigm: Examples illustrate the ways in which multiple systems of oppression interact with patterns of self-defeating behavior to create barriers that deny many African Americans access to the American dream.Addresses issues not fully or adequately addressed in previous books on Black families: These issues include personal responsibility and disproportionately high rates of incarceration, family violence, and chronic illnesses like HIV/AIDS. Brings statistical data to life: The authors weave personal stories based on interviews they′ve conducted into the usual data from scholarly(?) literature and from U.S. Census Bureau reports.Provides several illustrations from Hurricane Katrina: A contemporary analysis of a recent disaster demonstrates many of the issues presented in the book such as housing segregation and predatory lending practices.Offers extensive data tables in the appendices: Assembled in easy-to-read tables, students are given access to the latest national agencies data from agencies including the U.S. Census Bureau, Centers for Disease Control, and Bureau of Justice Statistics.