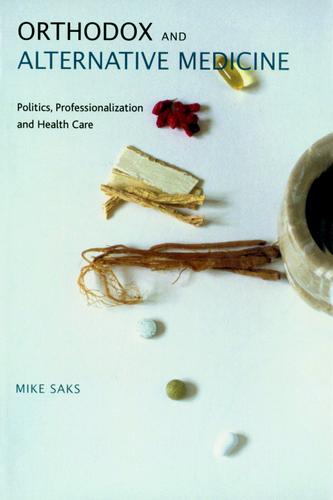 `There′s no book like it. It′s Saks′ subject and he′s good′ - Roy Porter

This fascinating book explores the changing relationship between orthodox and alternative medicine in Britain and the United States from the sixteenth century to the present day.

Mike Saks considers the political dynamics of the process of professionalization, and looks at the dilemmas posed for both medical orthodoxy and alternative medicine in the development of a more integrated health care system in Britain and the United States in the future.