The Established and the Outsiders 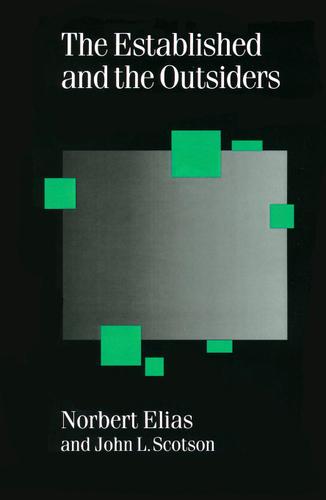 The Established and the Outsiders is a classic text from one of the major figures of world sociology. This new edition includes a theoretical introduction, published in English for the first time.

In Norbert Elias′s hands, a local community study of tense relations between an established group and outsiders - with no other discernible difference between them - becomes a microcosm that illuminates a wide range of sociological configurations including racial, ethnic, class and gender relations. The book examines the mechanisms of stigmatisation, taboo and gossip, monopolisation of power, collective fantasy and ′we′ and ′they′ images which support and reinforce divisions in society. Developing aspects of Elias′s thinking that relate his work to current sociological concerns, it presents the fullest elaboration of his concepts of mutual identification and functional democratisation.

The Established and the Outsiders not only brings out the important theoretical implications of micro-analysis but also demonstrates the significance of such detailed study analysis for better sociological theory. It is essential reading for students and scholars in social theory, sociology and anthropology.