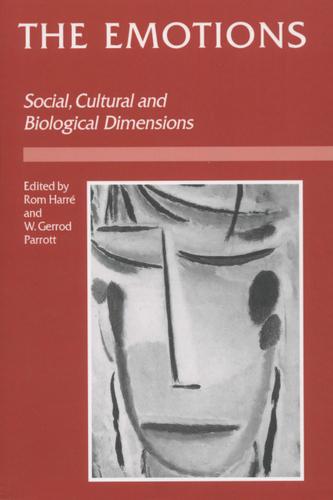 `There is much that is fascinating here. Long-established experiments and conclusions are rubbished and reinterpreted, long-established assumptions and beliefs about emotions are soundly trounced, and generally a good going-over is delivered to the whole field... it is such a blockbuster that one can only reel backwards and tell anyone studying the subject that they would be crazy not to get it′ - Self & Society

This fascinating book overviews the psychology of the emotions in its broadest sense, tracing historical, social, cultural and biological themes and analyses. The contributors - some of the leading figures in the field - produce a new theoretical synthesis by drawing together these strands.

From the standpoint of the function of the emotions in everyday life, the authors focus on: the discursive role played by the emotions in expressing judgements about, attitudes to and contrition for actions done by the self and others, and how certain emotions - such as guilt, shame, embarrassment, chagrin and regret - seem to play a role in social control; the variation and diversity in emotion, which provides scope for exploring how patterns of emotion contrast in different societies, across gender lines, at different historical times, and between children and adults; and the way in which the body is shaped and its functions influenced by culturally maintained patterns of emotion displays.