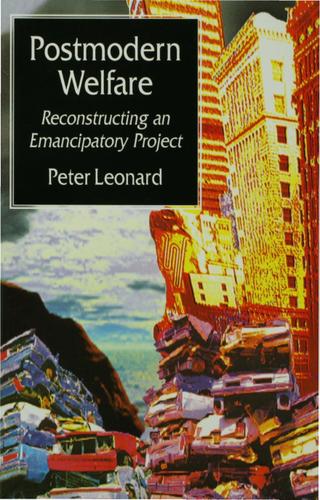 Peter Leonard provides an accessible analysis of debates about the crisis of the welfare state under the contemporary conditions of postmodern scepticism and the triumphs of global market capitalism. In the last two decades Western governments have sought to replace the post-war welfare compact with neo-conservative individualism. The prospects for the Left look bleak. At the same time, postmodern critique raises profound questions about the validity of a mass politics of emancipation based on the universal values of justice, reason and progress.

From a critical perspective founded in Marxism and feminism, Leonard uses elements of postmodern deconstruction to consider how we might now re-think the present and future of welfare. He draws the reader into a dialogue about the implications for reconstructing welfare: of changes in ideas about the individual subject; the context of culture and racism; the organization of welfare; the nature of 'the new economy'; and the possibilities of a politics of resistance.