Modernity, Space and the Phantasmagorias of City Life 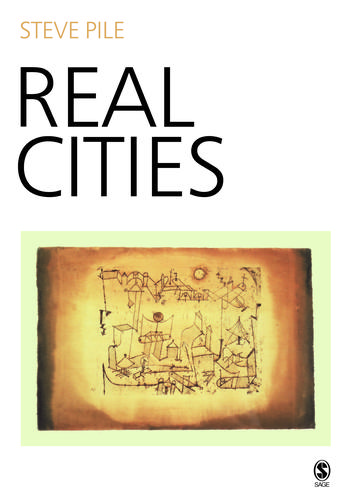 '...this is a book with an interesting thesis, and a welcome contribution to the literature. Pile has opened up a productive theoretical and empirical space for further study and exploration' - RGS-IBG Urban Geography Research Group

What is real about city life? Real Cities shows why it is necessary to take seriously the more imaginary, fantastic and emotional aspects of city life.

Drawing inspiration from the work of Walter Benjamin, Sigmund Freud and Georg Simmel, Pile explores the dream-like and ghost-like experiences of the city. Such experiences are, he argues, best described as phantasmagorias. The phantasmagorias of city life, though commonplace, are far from self-evident and little understood. This book is a path-breaking exploration of urban phantasmagorias, grounded empirically in a series of unusual and exciting case studies.

In this study, four substantial phantasmagorias are identified: dreams, magic, vampires and ghosts. The investigation of each phantasmagoria is developed using a wide variety of clear examples. Thus, voodoo in New York and New Orleans shows how ideas about magic are forged within cities. Meanwhile vampires reveal how specific fears about sex and death are expressed within, and circulate between, cities such as London and Singapore. Taken together, such examples build a unique picture of the diverse roles of the imaginary, fantastic and the emotional in modern city life.

What is "real" about the city has radical consequences for how we think about improving city life, for all too often these are over-looked in utopian schemes for the city. Real Cities forcefully argues that an appreciation of urban phantasmagorias must be central to what is considered real about city life.