The Rise of Global Infotainment 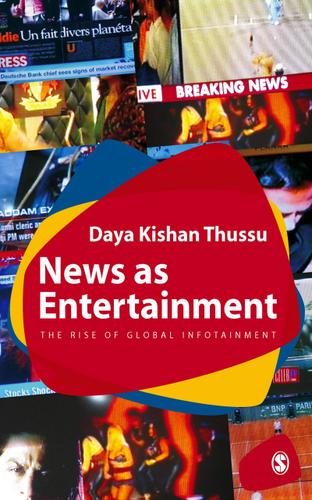 "Thussu brings to this project the passion for news of a socially committed former journalist, the political economy of his international relations education and a formidable assembly of global detail, examining the recent explosion of 'infotainment'."

"Thussu's account of war as infotainment, the Bollywoodization of news and the emergence of a global infotainment sphere is as compelling as it is alarming. This is a significant and essential book for anyone interested in exploring the connections between news journalism, informed citizenship and democracy."

Richly detailed and empirically grounded, this first book-length study of infotainment and its globalization by a leading scholar of global communication, offers a comprehensive and critical analysis of this emerging phenomenon. Going beyond - both geographically and theoretically - the 'dumbing down' discourse, largely confined to the Anglo-American media, the book argues that infotainment may have an important ideological role, a diversion in which 'soft news' masks the hard realities of neo-liberal imperialism.

Chapters include a historical appraisal of infotainment; the infrastructure for its globalization as well as coverage of recent wars on television news as high-tech infotainment and the growing synergies between Hollywood and Bollywood-originated infotainment. A 'global infotainment sphere' is emerging, the book argues, within which competing versions of news - from 24/7 news networks to bloggers - coexist. Accessible, engagingly written and robustly argued, the book combines analyses of theoretical debates on infotainment with extensive and up-to-date comparative data.