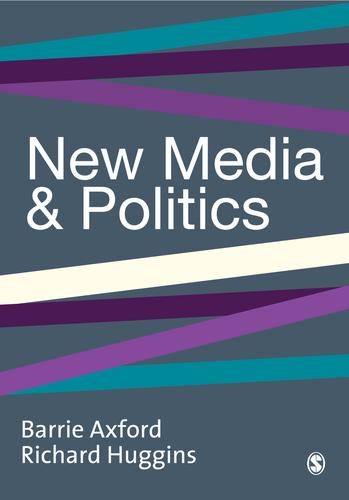 `The book makes a successful attempt to map the potentially transformative effects of new media on various aspects of political insitiutions and culture, both at a theorectical and empirical level. Barrie Axford′s discussion of the changing nature of political practice and technologies of political communication in relation to wider discourse of "crisis" is insightful and well argued....This is a genuinely thought provoking and generally very well written book. The book also works well by providing a potential basis for theoretically informed future research in the field of political communication′ - Political Theory

Exploring the theme of the putative transformation of political modernity under the impact of `new′ media, this book adopts a questioning approach to the ways in which cultural and technological factors are affecting the temper of political life, and reflects the variety of normative thinking about and empirical research on the changing character of politics in mediatized cultures.

New Media and Politics examines: the extent to which commercial populism now dominates electoral and other political discourses; the ways in which the functions of leadership, government and political parties are modified by different forms of both old and new media; the democratic or undemocratic import of such changes; and the ways in which the dominant territorial paradigm of politics is challenged by the space and time devouring capacities of electronic media.