Beyond Sex and Gender 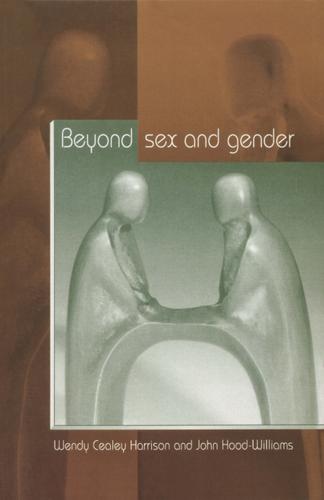 `This book has proved invaluable for my sex-gender paper in social anthropology and I recommend it for anybody studying gender theory. I picked it up quite randomly off a shelf, it was not on any of my reading lists, maybe you also have come across this book by chance, but it really should be recommended reading. Studying at university, trying to labour through books written by theorists such Strathern, Riley and Foucault for example, cause me to long for the relatively straight forward textbooks of A-level. This book is somewhere in between. It is extensive but spends most of its time going through theories on the relationship between sex and gender. The issues it discusses are generally quite complicated. For the subjects I have studied in some capacity before reading this book I find it the perfect level of complexity, condensing, ordering and expanding my knowledge' - Amazon.co.uk (Gender Studies Student)

`Beyond Sex and Gender goes beyond most texts not simply in the range of authors discussed, but also in the way in which it makes a radical departure from the terminology of "sex" and "gender". This is a complex and challenging work, which goes beyond issues of gender to considerations of deeper mysteries of language, embodiment and social understanding. Wendy Cealey Harrison's treatment of an astonishingly varied range of authors is critical, in the best sense, and generous. The book is dedicated to its co-author, John Hood-Williams who was killed in a road accident in 1999; it is a worthy memorial' - David H J Morgan, Emeritus Professor of Sociology, University of Manchester

The central argument of this book is that the sex/gender distinction is invalid and must be transcended. To this end, the work of Foucault, Connell, Goffman, Garfinkel, Butler, Freud, Derrida, Saussure, Lacquer and Kessler and McKenna is woven into a rich and compelling set of arguments. The sex/gender distinction is attacked for producing a series of irresolvable traps. However much one tries to think one's way out of the dichotomy, one ends up being suckered back into its imponderables and blind alleys. The book attempts to comprehensively reorientate the field and redefine the terrain.