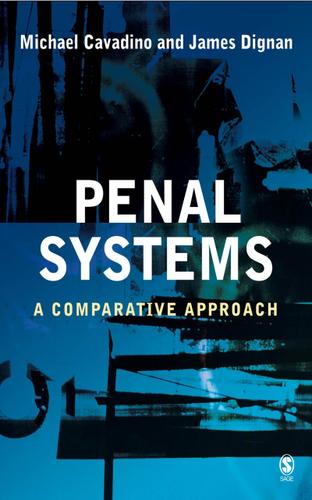 ′Cavadino and Dignan′s Penal Systems: A Comparative Approach looks across national boundaries to see how penal systems differ and why. It is hands-down the most comprehensive and up-to-date book on the subject and should become a staple textbook for use in law and social science courses on comparative penal policy and practice′ - Michael H. Tonry,

′This book is an important addition to the literature on punishment. It is a highly readable and very well researched overview of some of the major differences in punitiveness between neo-liberal, corporatist and social democratic countries… This is a major contribution to comparative penology by two of the leading authors in this field′ - Alison Liebling, Director of the Prisons Research Centre, UK

′A major and seminal work′ - David Downes, Professor Emeritus at the London School of Economics

Penal Systems: A Comparative Approach is a comprehensive and original introduction to the comparative study of punishment.

Analysing twelve countries, Cavadino and Dignan offer an integrated and theoretically rigorous approach to comparative penology. They draw upon material provided by a team of eminent penologists to produce an important and highly readable contribution to scholarship in this area.

Early chapters introduce the reader to comparative penology, set out the theoretical framework and consider whether there is currently a ′global penal crisis′. Each country is then discussed in turn. Chapters on comparative youth justice and the privatization of prisons follow. Comparisons between countries are drawn within each chapter, giving the reader a synoptic and truly comparative vision of penality in different jurisdictions.