Drug Use in Metropolitan America 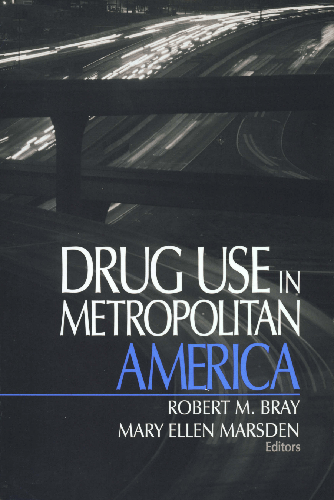 Recently, the Research Triangle Institute completed a five-year study sponsored by the National Institute on Drug Abuse called The Washington, D.C., Metropolitan Area Drug Study (DC*MADS). The study attempted to look at the nature and extent of drug abuse among diverse populations living in a single metropolitan area, focusing particularly on underrepresented populations such as the homeless, the institutionalized, and juvenile offenders along with populations that have been studied in more depth, such as persons living in households. The goal was to not only establish prevalence, correlates, and consequences of drug abuse, but to establish a research model for conducting other such studies.
Drug Use in Metropolitan America describes, relates, and integrates findings from the DC*MADS study. More than that, though, this book places the findings in the larger context of our national drug abuse problem. Therefore, while there is some reporting of findings, there is more emphasis on examining the policy, research, and program implications that flow from the studies.
This book will be of interest to researchers, practitioners, and policy makers in a number of areas, as well as to academics in Sociology courses dealing with drugs, deviance, social problems, and research methodology. It should also appeal to those concerned with Psychology and Medicine/Allied Health.