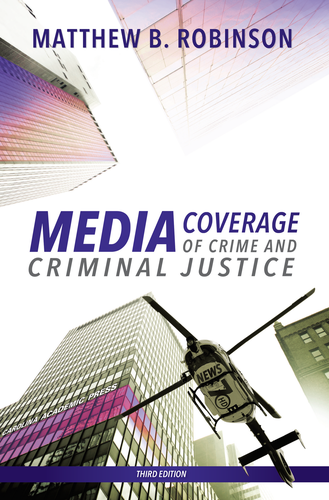 The third edition updates the second with the latest studies focusing on media coverage of crime, police, courts, and corrections, with an expansive new section on media coverage of capital punishment. Further, studies and examinations of entertainment media (e.g., television shows, movies) are incorporated into this new edition.

Unique among media books, the author presents basic information about the media in the introductory chapters and then applies this information to specific issues of crime and criminal justice in the rest of the book. By focusing on the same issues and themes throughout, learning of key concepts is furthered as they are applied to real-world media. The book addresses media coverage of law-making and crime, policing, courts, and corrections, as well as how the media both help and hinder effective crime control and crime prevention efforts.