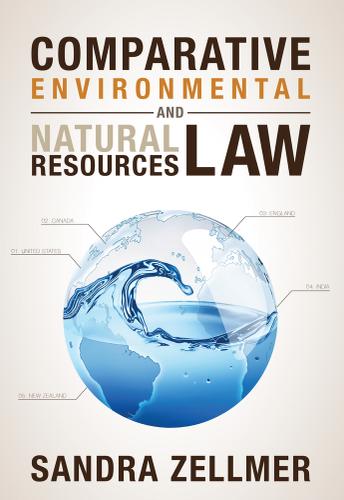 This coursebook provides a comparative look at environmental and natural resource laws governing water, waste, biological diversity (wildlife and habitat), and environmental assessment. It focuses on the United States, Canada, England, New Zealand, and India. The first four countries are chosen for comparative analysis because of their common cultural roots yet divergent environmental problems and strategies. The first three countriesthe U.S., Canada, and Englandhave taken media-specific and somewhat fragmented approaches to water, waste, and wildlife issues, while New Zealand has made path-breaking efforts to adopt a more holistic, ecosystem-based approach to pollution prevention and sustainable development. The fifth nation, India, is a country deeply influenced by England but charting its own course as an emerging economic giant, whose growth poses significant implications for biological diversity, climate, and the environment.

The book is suitable as a text for law classes and seminars as well as other types of graduate and undergraduate courses. It includes case studies on specific environmental and resource management problems to enable students to take a hands on problem-solving approach and to compare and contrast outcomes under the laws of various nations.