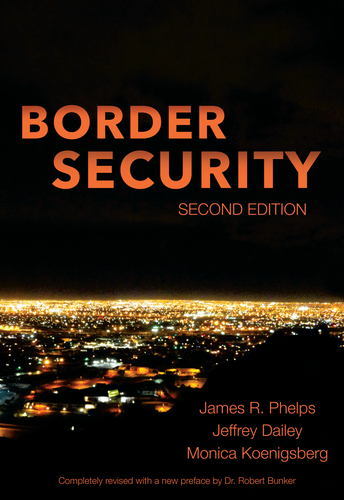 Much has been written recently concerning the relationship between illegal immigration and border security (or the lack thereof). The concept of border security affects all of us, directly or indirectly. It seems that the closer we get physically to the border (any border), the more we are affected (by border security), and the more we consider it a real and valid concern.

Filled with relevant information, this holistic approach provides a timely foundation for anyone interested in the topic. Descriptive and analytical, the text is designed to offer undergraduates in Homeland Security and Criminal Justice a balanced and up-to-date overview of what border security is, as well as the constant revisions to it that have occurred over the past 109 years.

In this book, authors Phelps, Dailey and Koenigsberg describe and discuss: