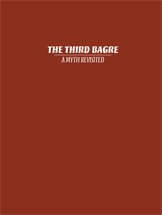 The Third Bagre addresses the nature of myth and of long recitations in oral cultures, especially the significance of variation, the nature of thought processes in those cultures, and the general shape of traditional society. The Bagre is a long recitation myth associated with a secret association found among the LoDagaa people of northern Ghana. Authors Goody and Gandah have recorded these recitations for some forty years.

This thorough and insightful book sheds light on myth and thought in early cultures. Myths have been seen as an important key to oral cultures, a fixed manifestation of traditional societies. This belief is the basis for most analyses of myth, as well as for most analyses of primitive mentalities. These ideas came about because of the difficulty people had transcribing a long myth. However, with the advent of the tape-recorder, many variations in these recitations can be recorded and compared. When this was done for the Bagre, the authors found great variation, showing not so much the powers of memory (which were earlier praised) but the creativity of reciters and the number of alternative world views which those creations embody, from evolutionary to creation stories, and from theocentric accounts to those stressing how man makes himself.

These enormous differences are presented in The Third Bagre, which consists of several versions of the White and Black Bagre. The White Bagre gives some account of the sequence of initiation rituals over several months. The Black Bagre is more concerned with the origin of LoDagaa culture and the role of the Bagre performance in solving mans problems on earth.