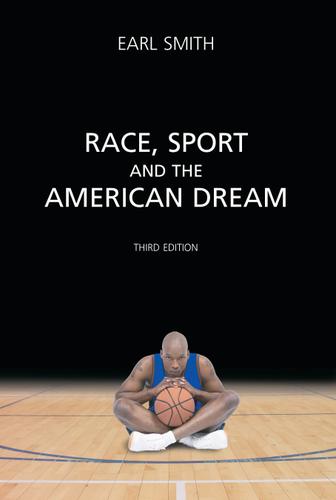 Race, Sport and the American Dream reports the main findings of a long term research project investigating the scope and consequences of the deepening relationship between African American males and the institution of sport. While there is some scholarly literature on the topic, author Earl Smith tries to understand through this project how sport has changed the nature of African American Civil Society and has come to be a major influence on economic opportunities, schooling and the shaping of African American family life.

The third edition of Race, Sport and the American Dream improves upon the second edition in four key ways: (1) by updating the empirical data so that it is the most current on the market, (2) by expanding the discussion of the Athletic Industrial Complex (AIC) to include a robust discussion of the explosion of Conference Realignment, (3) by expanding the discussion of leadership in SportsWorld to include the most current theory in the area of sports management and (4) by adding an entirely new chapter on male athletes and violence against women.

In addition, the third edition expands the discussion of the elusive American Dream and the role of sports in accessing better life chances, success and happiness. The third edition of Race, Sport and the American Dream also includes a discussion of the increased role that social media plays in SportsWorld by allowing everyone and anyone to become a sports critic as well as a discussion of race in SportsWorld in the era of changing the racial landscape of the US. Specifically, the US has become more racially diverse and critics are debating the role that the election of the first African American president plays in this changing landscape. All in all, the third edition of Race, Sport and the American Dream expands on existing discussions and provides new areas of inquiry.

This book is intended to provide social scientists and others interested in sports with an understanding of carefully selected issues related to the African American athlete. Smith examines the world of amateur sports (Olympic and intercollegiate sport) using Immanuel Wallersteins World-Systems Paradigm which provides a lens with which to examine the colonizing and exploitative nature of intercollegiate sports and the special arrangements that universities have with SportsWorld.