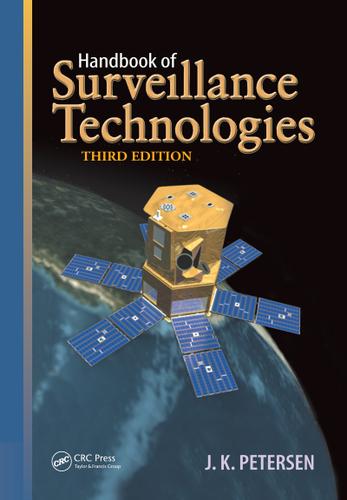 From officially sanctioned, high-tech operations to budget spy cameras and cell phone video, this updated and expanded edition of a bestselling handbook reflects the rapid and significant growth of the surveillance industry. The Handbook of Surveillance Technologies, Third Edition is the only comprehensive work to chronicle the background and current applications of the full-range of surveillance technologies—offering the latest in surveillance and privacy issues.

Cutting-Edge—updates its bestselling predecessor with discussions on social media, GPS circuits in cell phones and PDAs, new GIS systems, Google street-viewing technology, satellite surveillance, sonar and biometric surveillance systems, and emerging developments
Comprehensive—from sonar and biometric surveillance systems to satellites, it describes spy devices, legislation, and privacy issues—from their historical origins to current applications—including recent controversies and changes in the structure of the intelligence community at home and abroad
Modular—chapters can be read in any order—browse as a professional reference on an as-needed basis—or use as a text forSurveillance Studies courses

Covers the full spectrum of surveillance systems, including: