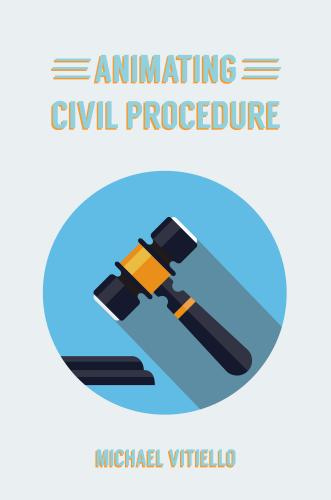 Often, members of the public become engaged (or enraged) when they read about Supreme Court decisions involving substantive rights, whether the case involves same sex marriage, the right of corporations to spend huge sums to support political candidates, or the right of citizens to own firearms. But members of the public, students, and even many lawyers are not likely to understand the impact of procedural decisions.

This book focuses on a series of Supreme Court decisions and changes to the Federal Rules of Civil Procedure that demonstrate the current Courts erosion of rules allowing plaintiffs access to court. Many of those decisions unravel rules developed during the heyday of the Progressive Movement and the postwar era when courts favored expanding access to court.

This book animates procedure by focusing on the Courts concerted effort to close the courthouse door. It covers a number of specific issues, including decisions and rules changes dealing with personal jurisdiction, pleading, discovery, summary judgment practice, and class actions. It explores the not-so-hidden bias in favor of defendants generally and corporate defendants specifically. It also briefly explores the impact that Justice Scalias death may have on the future direction of the Courts war on procedure.