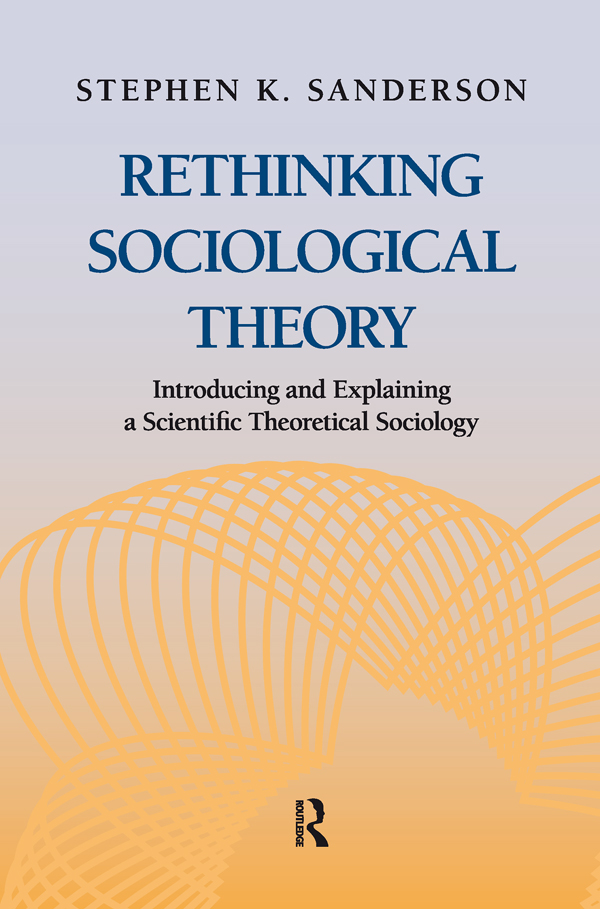 Stephen K. Sanderson s latest book recaptures a scientific theoretical sociology, one whose fundamental aim is the formulation of real theories that can be empirically tested. Sanderson reviews the major theoretical traditions within contemporary sociology, explicating their key principles, critically evaluating these principles and their applications, and showcasing exemplars. He judges each tradition by asking whether it has generated falsifiable research programs. Although principally a work of theoretical critique, "Rethinking Sociological Theory" is also a valuable textbook for both undergraduate and graduate courses in sociological theory."