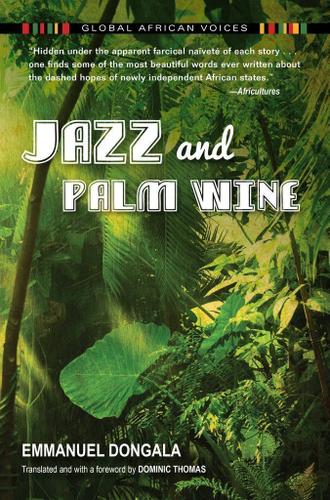 Jazz, aliens, and witchcraft collide in this collection of short stories by renowned author Emmanuel Dongala. The influence of Kongo culture is tangible throughout, as customary beliefs clash with party conceptions of scientific and rational thought. In the first half of Jazz and Palm Wine, the characters emerge victorious from decades of colonial exploitation in the Congo only to confront the burdensome bureaucracy, oppressive legal systems, and corrupt governments of the post-colonial era. The ruling political party attempts to impose order and scientific thinking while the people struggles to deal with drought, infertility, and impossible regulations and policies; both sides mix witchcraft, diplomacy, and violence in their efforts to survive. The second half of the book is set in the United States during the turbulent civil rights struggles of the 1960s. In the title story, African and American leaders come together to save the world from extraterrestrials by serving vast quantities of palm wine and playing American jazz. The stories in Jazz and Palm Wine prompt conversations about identity, race, and co-existence, providing contextualization and a historical dimension that is often sorely lacking. Through these collisions and clashes, Dongala suggests a pathway to racial harmony, peaceful co-existence, and individual liberty through artistic creation.