On the Path of an Immigrant Child 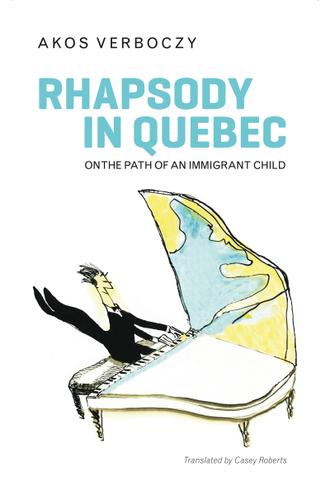 Born in Hungary in 1975, Akos Verboczy moved to Montreal at the age of 11 with his sister and mother, an esthetician, who learned that in Canada women were willing to pay a fortune ($20) to have their leg hair brutally ripped out. His story begins in Hungary, where at the age of nine he learned that he was a Jew too—"half-Jew" to be more accurate. Unlike some who emigrated from Eastern Europe, Verboczy has no particularly beefs about life "behind the iron curtain." He lands in Montreal as James Brown's Living in America plays and Rocky knocks the Russian communist boxer flat in Rocky IV. The good guys he had learned to like were now officially the bad guys. Once in "America" he discovers that he will be going to French school—after all it is Québec—, but then he learns that Canada is the only "place on the planet where there's no prestige in speaking French." In fifty vignettes and tales that belie all the clichés about immigration to Québec, he depicts the experience of embracing a culture and a people who are constantly obliged to reaffirm their right to exist.