Story of a Curse 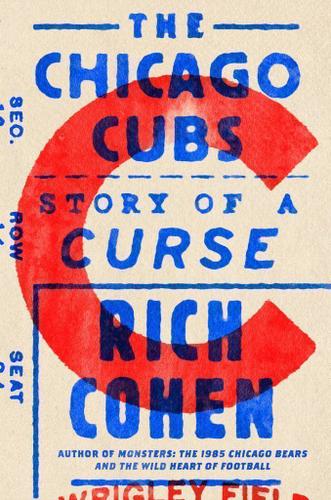 The New York Times bestselling author of Monsters: The 1985 Chicago Bears and the Wild Heart of Football “knocks it out of the park” (Vanity Fair) in this captivating blend of sports reportage and memoir, exploring the history of the 2016 World Series champions, the Chicago Cubs.

When Rich Cohen was eight years old, his father took him to see a Cubs game. On the way out of the park, his father asked him to make a promise. “Promise me you will never be a Cubs fan. The Cubs do not win,” he explained, “and because of that, a Cubs fan will have a diminished life determined by low expectations. That team will screw up your life.”

Cohen became not just a Cubs fan but one of the biggest Cubs fans in the world. In this book, he captures the story of the team, its players and crazy days. Billy Sunday and Ernie Banks, Three Finger Brown and Ryne Sandberg, Bill Buckner, the Bartman Ball, Kris Bryant, Anthony Rizzo—the early dominance followed by a 107 year trek across the wilderness. It’s all here, in The Chicago Cubs: Story of a Curse—not just what happened, but what it felt like and what it meant.

Featuring extensive interviews with players, owners, and coaches, this mix of memoir, reporting, history, and baseball theology—forty years in the making—has never been written because it never could be. Only with the 2016 World Series can the true arc ofthe story finally be understood.