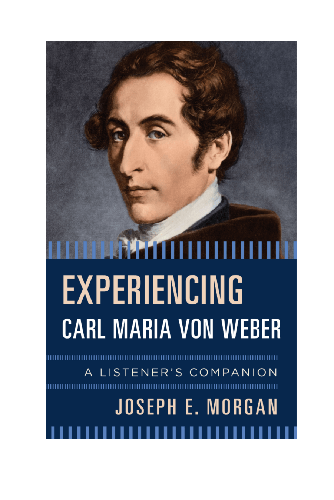 Scholars have long recognized Carl Maria von Weber as the father of the German Romantic and Nationalist music. The success of his opera Der Freischütz almost single handedly brought German operatic style onto the world stage, competing with and challenging established operatic traditions in France and Italy. Indeed the overtures to his last three operas, Der Freischütz, Euryanthe, and Oberon initiated the genre of the concert overture and are a part of the standard repertoire for most modern symphony orchestras. His works in other genres, including his various concerti and chamber works also stand as centerpieces in the modern concert hall.In Experiencing Carl Maria von Weber: A Listener's Companion, Joseph Morgan walks readers through the many masterpieces that comprise Weber's oeuvre, providing key insights by integrating critical points in the composer's life with the burgeoning Romantic and Nationalist movements in Germany that Weber's music came to champion. Morgan brings to life the musical character of Weber's most important compositions, from his most popular works such as his programme work Aufforderung zum Tanz (Invitation to the Dance), his majestic solo pieces, and his path-breaking song cycle DieTemperamente beim Verluste der Geliebten (Temperaments on the Loss of a Lover).At every turn, Morgan brings together biographical, political, aesthetic, and historical matters to inform our understanding of Weber's compositional genius. From the virtuosity of his piano works and their influence on Liszt and Chopin to his relationships with composers from the earliest parts of the 19th century, including Giacomo Meyerbeer, Franz Schubert and Beethoven, Experiencing Carl Maria vonWeber reveals not only the compositional genius of this figure in Romantic music, but his achievements as well as a conductor, music director, and critic who lent his powerful support to his musical peers on stage and page.