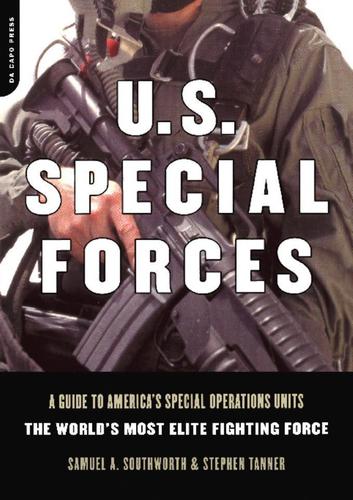 President George W. Bush has told all Americans that the war against terrorism would be like no other war. But what does this mean? Who will fight? How will they fight? What weapons will be used? Most informed commentators agree that the war against terrorism will be fought largely by "special forces"that is, by a relatively new community within the American military known as Special Operations Forces, or SOF's. This new "branch" of the armed forces was created in the mid1980s and is organized under its own unified command, called U.S. Special Operations Command (SOCOM). Consisting of special units from the other branches of the armed forces, such as Green Berets, Rangers, SEALs, and Delta Force, this new fighting command is recognized internationally as the most well-trained and well-equipped special operations force in the world. Their missions are variedincluding combat terrorism, search and rescue, reconnaissance, humanitarian assistance, peacekeeping duty, and conventional and unconventional warfare.Despite special forces' international reputation for excellence, Americans know little about this remarkable fighting force. U.S. Special Forces provides a handy and comprehensive compendium, including descriptions of the units and their operational specialties, training, and organization, as well as the equipment and technological gadgetry, weapons, armor, planes, helicopters, and support vehicles used by each unit.