The Future of Juvenile Justice

Procedure and Practice from a Comparative Perspective 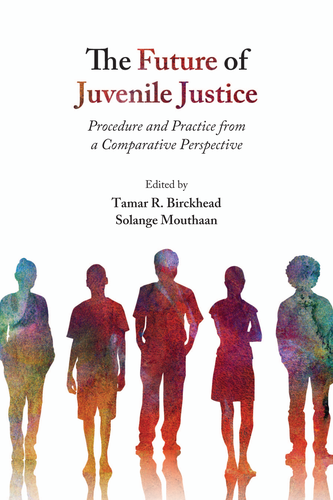 The primary aim of this edited collection is to explore, from a comparative legal perspective, the variety of approaches to and recent developments in juvenile justice as shaped by politics and influenced by international norms. With contributions from some of the worlds foremost experts on juvenile criminal procedure, the study focuses on Europe, either as a collection of States or specific European States; Canada; the United States; and India to address a variety of aspects of juvenile justice, including juvenile criminal proceedings, the role of informal diversionary measures and solitary confinement, and the human trafficking of children.

The Introduction articulates the themes of the collectionthe role of politics in juvenile justice, the effect of international norms on national legal landscapes, and the gap between law and practice. The first two chapters provide overviews and comparative analyses of multiple countries juvenile justice systems; the third and fourth chapters each provide a fine-grained analysis of an individual countrys system; and the final two chapters provide analyses of the very different ways in which children are victimized by and within the justice system. Each chapter in the book concludes with proposals for reform, making it a practical volume as well as a rich theoretical source for analysis and reflection. Throughout, the authors seek to explore how best to protect childrens rights within the juvenile justice system.