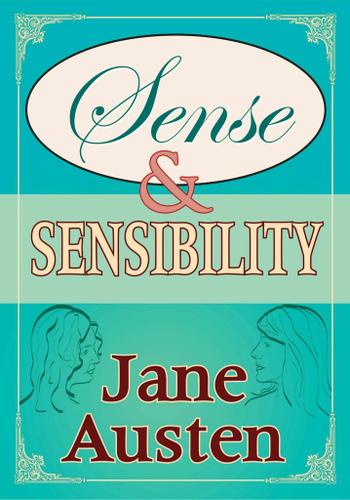 Sense and Sensibility is one of Jane Austen's best loved novels. The story revolves around two sisters Elinor and Marianne. When their father dies, his estate passes to their half-brother and the girls are left without a home or the means to support themselves. With their mother and younger sister they move to a new home - a cottage on a distant relative's farm. Elinor, the sensible sister, and Marianne, the over imaginative romantic, must rely on a good marriage as a means of support. Through their scheming they experience romance and heartbreak and eventually find balance between sense and sensibility in life and love.

Jane Austen (1774-1817) is regarded as one of the most beloved writers in English literature. From 1811 to 1815 with the release of Sense and Sensibility (1811), Pride and Prejudice (1813), Mansfield Park (1814), and Emma (1815) she achieved her greatest success as a published writer. She wrote two additional novels Northanger Abbey and Persuasion, both published after her death in 1817. As a young girl Austen began writing poems, stories, and plays for her own and her family's amusement. Later she compiled 29 of these early works into
three bound notebooks, now referred to as the Juvenilia. Austen's clever ability to combine attraction between the sexes with conflict and humor created some of our most enduring romantic novels. These timeless classics have become increasingly popular. Sequels, prequels, and adaptations of almost every sort have been based on her novels, including adaptations to film and television. Many of her stories have been modernized such as the movie Clueless (1995), an updated version of Emma, which spawned its own television series.