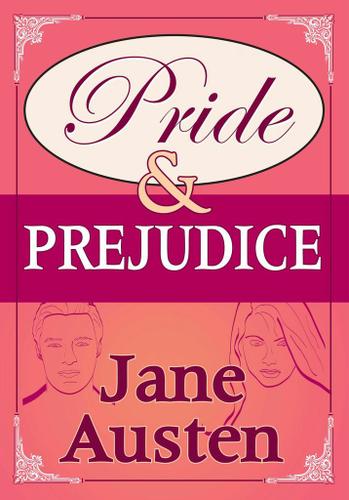 Pride and Prejudice has endured as one of the most popular novels of all time. This classic romantic comedy takes place in early 19th century England. The story focuses on the Bennets, a family of five girls, each of whom is seeking a husband with financial means. Their quest to find suitable candidates is heightened by the fact that upon Mr. Bennet's death, a distant relative will take ownership of their property and they will lose their home, land, and income. Into their midst comes Mr. Bingley, and his friend Mr. Darcy, both single and of good fortune. Mrs. Bennet seeks to match these men with her daughters. Suspense and conflict is created by knowing that one of the daughters, Elizabeth Bennet, and Mr. Darcy should be together but their pride and prejudice keep them apart.

Jane Austen (1774-1817) is regarded as one of the most beloved writers in English literature. From 1811 to 1815 with the release of Sense and Sensibility (1811), Pride and Prejudice (1813), Mansfield Park (1814), and Emma (1815) she achieved her greatest success as a published writer. She wrote two additional novels Northanger Abbey and Persuasion, both published after her death in 1817. As a young girl Austen began writing poems, stories, and plays for her own and her family's amusement. Later she compiled 29 of these early works into
three bound notebooks, now referred to as the Juvenilia. Austen's clever ability to combine attraction between the sexes with conflict and humor created some of our most enduring romantic novels. These timeless classics have become increasingly popular. Sequels, prequels, and adaptations of almost every sort have been based on her novels, including adaptations to film and television. Many of her stories have been modernized such as the movie Clueless (1995), an updated version of Emma, which spawned its own television series.