In Search of the Castaways

The Children of Captain Grant 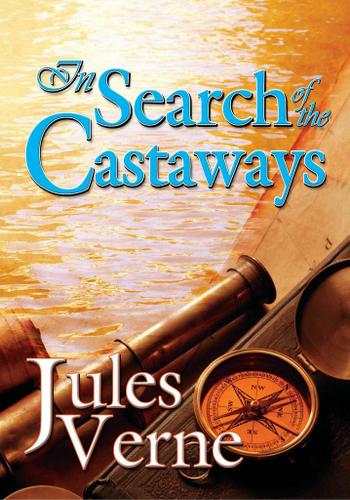 IN SEARCH OF THE CASTAWAYS
Jules Verne

The contents of a sharks stomach contain a bottle that holds partially deteriorated notes written in three different languages. Together they give clues to the location of Captain Harry Grant, whose ship the Britannia was lost at sea. While the latitude (37th parallel) of Grant is known from the notes, the longitude is a mystery. Lord Glenarvan makes it his quest to find Grant; together with his wife, Harry Grants two children, and the crew of his yacht the Duncan, they set off for South America. On their journey the searchers encounter storms, earthquakes, deserts, floods, pirates, cannibals, wolves, and numerous other dangers as they trace the 37th parallel across South America, then across Australia, and finally across New Zealand. Includes 90 vintage illustrations from the original 1873 edition.