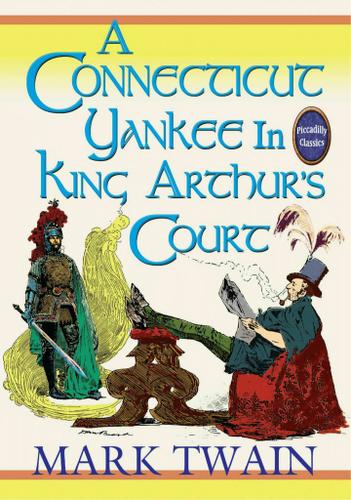 When Connecticut mechanic and foreman Hank Morgan is knocked unconscious, he wakes not to the familiar scenes of 19th century America but to the bewildering sights and sounds of 6th century Camelot. Quickly imprisoned and very confused, he nonetheless realizes that his knowledge of the future can transform his fate. Morgan terrifies the people of England into releasing him by correctly predicting a solar eclipse from inside his prison cell, and swiftly establishes himself as the most powerful magician in the land, stronger than Merlin and greatly admired by King Arthur. Astounded at the barbaric way of life in Camelot, Hank sets out to change it. In his attempt to civilize medieval Camelot he encounters many challenges and misadventures. The text is unabridged and includes 82 vintage illustrations from the original 1889 edition.