The British Moralists and the Internal 'Ought' 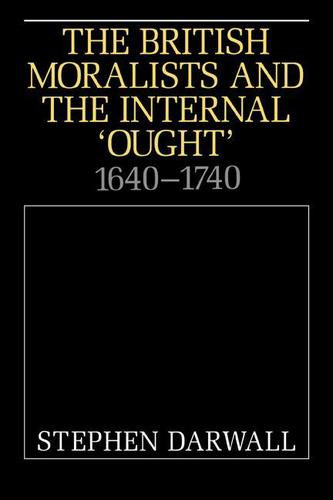 This book is a major work in the history of ethics, and provides the first study of early modern British philosophy in several decades. Professor Darwall discerns two distinct traditions feeding into the moral philosophy of the seventeenth and eighteenth centuries. On the one hand, there is the empirical, naturalist tradition, comprising Hobbes, Locke, Cumberland, Hutcheson, and Hume, which argues that obligation is the practical force that empirical discoveries acquire in the process of deliberation. On the other hand, there is a group including Cudworth, Shaftesbury, Butler, and in some moments Locke, which views obligation as inconceivable without autonomy and which seeks to develop a theory of the will as self-determining.