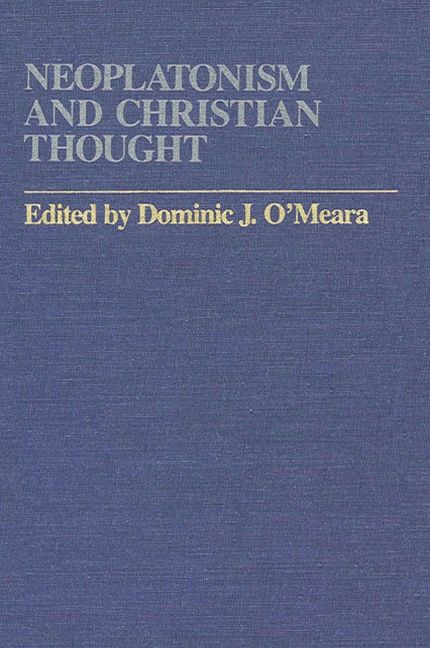 In this volume, the relationships between two of the most vital currents in Western thought are examined by a group of nineteen internationally known specialists in a variety of disciplines—classics, patristics, philosophy, theology, history of ideas, and literature. The contributing scholars discuss Neoplatonic theories about God, creation, man, and salvation, in relation to the ways in which they were adopted, adapted, or rejected by major Christian thinkers of five periods: Patristic, Later Greek and Byzantine, Medieval, Renaissance, and Modern.