Ecotravel on the World's Rivers 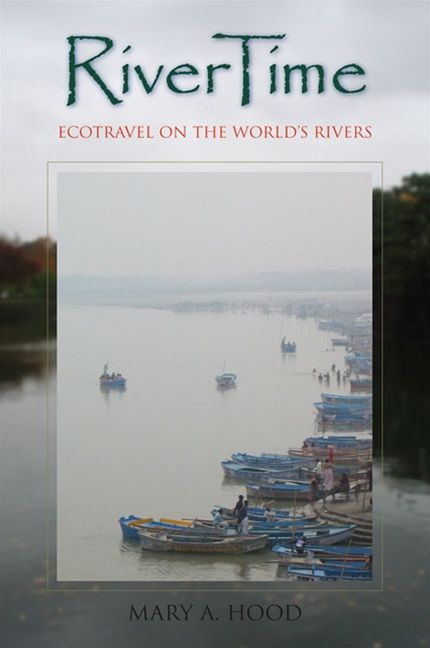 In this engaging travelogue of our world's rivers, great and small, poet and biologist Mary A. Hood reflects on rivers as creators of place. Recounting her journeys along portions of the Mississippi, the Danube, the Amazon, the Yangtze, the Ganges, the Nile, and a dozen small U.S. rivers, Hood weaves together natural history, current environmental and conservation issues, encounters with endangered plants and animals, and tells some interesting tales along the way.

Like a river, the book begins small, with essays that are narrowly focused on themes of environment and place, such as the need to write our world (Three Rivers), how fires (and corporations) control the West (the Flathead), the effect of wind farms on a small town in western New York (the Conhocton), the giant redwoods and how they were preserved (the Klamath), and the search for moose in the great north woods (the Penobscot). The second section expands the themes of environment and place and looks at great world rivers, their long histories, their biological diversity, the effects of human use and tourism, and the paradox of human reverence and destruction. From endangered species to invasive species, from corporate control of national parks to wind farms, from urban sprawl to efforts at conservation and restoration, RiverTime offers insights into our relationship to the environment in the twenty-first century.