Art and Its Significance 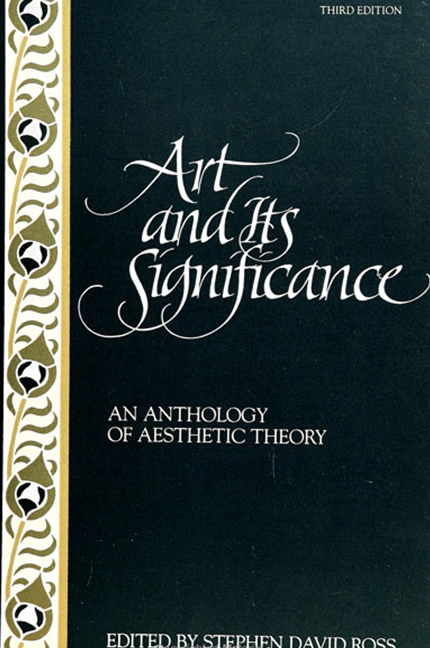 This anthology has been significantly expanded for this edition to include a wider range of contemporary issues. The most important addition is a new section on multicultural theory, including important and controversial selections ranging from discussions of art in other cultures to discussions of the appropriation of nonWestern art in Western cultures.

The material from Kant's Critique of Judgment has been expanded to include his writing on aesthetical ideas and the sublime. The selections from Derrida have been updated and considerably expanded for this edition, primarily from The Truth in Painting. One of Derrida's most interesting provocations has also been added, his letter to Peter Eisenman on architecture. In addition, the section on feminist theory now includes a chapter from Irigaray's Speculum of the Other Woman.