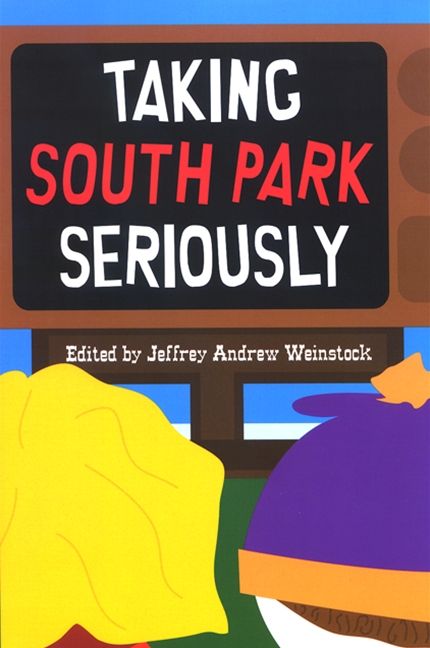 Since it came on the air in 1997, Comedy Central's top-rated animated program, South Park, has been criticized for its crude, scatological humor and political insensitivity. However, the program also fearlessly wades into the morass of American political life as it tackles and satirizes all American sacred cows, including "political correctness," the value of celebrities, ideas about childhood, and the role of religion in American life. In the process, South Park raises provocative and timely questions about politics, identity, and the media's influence in shaping American thinking.

Taking South Park Seriously brings together scholars who explore the broader implications of South Park's immense popularity by examining the program's politics, aesthetics, and cultural impact. Topics covered include the pleasures of watching the show, South Park's relationship to other animated programs, and the program's representations of racial and ethnic minorities, the disabled, celebrities, children, religion, and education. This book will be of interest not only to communications and cultural studies scholars, but to anyone who has ever laughed along with Cartman, Stan, Kyle, and Kenny.