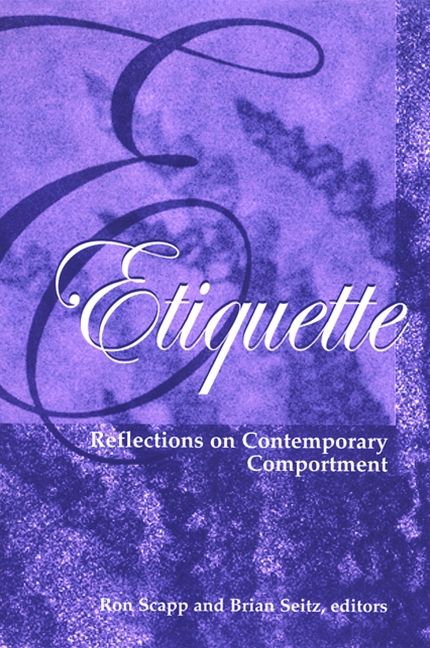 Etiquette, the field of multifarious prescriptions governing comportment in life's interactions, has generally been neglected by philosophers, who may be inclined to dismiss it as trivial, most specifically in contrast to ethics. Philosophy tends to grant absolute privilege to ethics over etiquette, placing the former alongside all of the traditional values favored by metaphysics (order, truth, rationality, mind, masculinity, depth, reality), while consigning the latter to metaphysics' familiar, divisive list of hazards and rejects (arbitrariness, mere opinion, irrationality, the body, femininity, surface, appearance). Addressing a broad range of subjects, from sexuality, clothes, and cell phones to hip-hop culture, bodybuilding, and imperialism, the contributors to Etiquette challenge these traditional values—not in order to favor etiquette over ethics, but to explore the various ways in which practice subtends theory, in which manners are morals, and in which ethics, the practice of living a good life, has always depended upon the graceful relations for which etiquette provides the armature.