Global Leaders for the Twenty-First Century 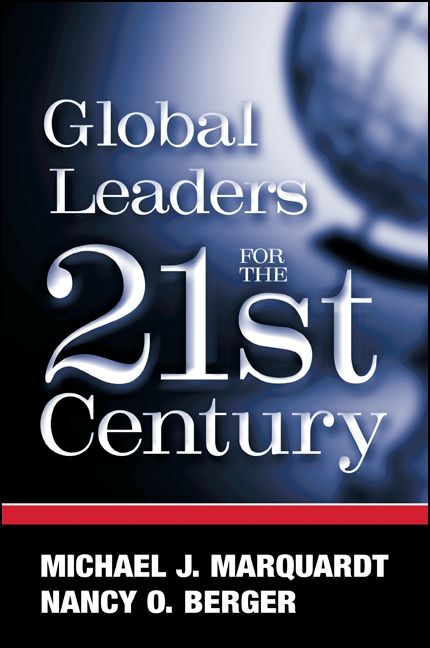 New times demand new kinds of leaders. In a technological workplace which may be more virtual than physical, where bytes of information and cyberspace need to be managed more than people, leaders will have to thrive amidst high chaos and continuous change. Global Leaders for the Twenty-First Century profiles twelve such leaders from business and government and discusses eight key attributes necessary for successful leadership in the future.

Based upon extensive research and experiences with top leaders from around the world, the authors have identified the eight critical competencies needed by twenty-first century leaders: (1) a global mindset, (2) learning and teaching skills, (3) a servant-steward relationship to one's organization, (4) systems thinking, (5) spirituality and a concern for ethics, (6) a willingness to embrace new technologies, (7) innovation and risk-taking, and (8) vision-building.

Twelve of the top up-and-coming leaders from around the world who possess these attributes are profiled. They include the Fortune magazine's first two Asian leaders of the year (CEOs Nobuyuki Idei of Sony and Cheong Choong Kong of Singapore Airlines), two highly acclaimed political leaders (President Mary McAleese of Ireland and United Nations Secretary-General Kofi Annan), the leading lights in the technology field (CEOs Jorma Ollila of Nokia in Finland and John Chambers of Cisco Systems in the United States), pioneer leaders for women (Carol Bartz, CEO of AutoDesk) and minorities (Ken Chenault, CEO-designate of American Express), the world's most innovative leader (Ricardo Semler, owner of Semco in Brazil), a leader in recognizing the importance of community service and employee partnership (Henry Carris, Carris Community of Companies), the director of one of the top executive development programs in the world (Felipe Alfonso, Asian Institute of Management), and a radical new thinker in the energy field (John Browne, CEO of BP Amoco).