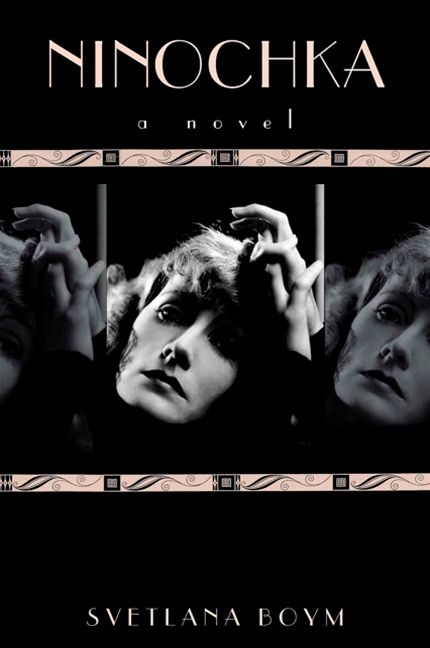 A playful literary mystery set in the 1930s and 1990s, Ninochka tells the double tale of two women exiles who are both homesick and sick of home. Tanya, a Russian immigrant living in New York, travels to Paris in an attempt to reconstruct the secret life of Nina B., who was murdered there almost sixty years ago, on the eve of World War II. The murder was never solved, and in an attempt to crack the case, Tanya takes possession of Nina's handbag, which contains her diaries, love letters, kits for embroidering Russian blouses, a mysterious treatise on Eurasian supremacy, and a review of Ninotchka, the film in which Greta Garbo played a KGB agent who finds romance in Paris.

Among the potential murder suspects are a charismatic professor and nationalist leader, an aspiring American songwriter, an aging Trotskyite, a Hungarian con artist, a heavy-drinking singer of nostalgic romance, and an athletic Comrade X of unknown origins who was rumored to have returned to the Soviet Union. As Tanya is drawn into this immigrant underworld of displaced people, double agents, and dreamers, she finds herself more and more implicated in the life of the murdered woman. Ultimately, she is forced to return to her native country, where she confronts her own homesickness in the changing post-Soviet world.