Essays from the US-Canadian Divide 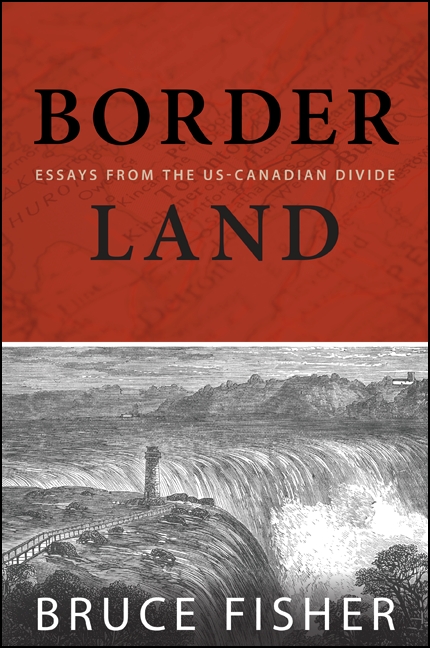 Poor Buffalo—so rusty and abandoned, so sadly persistent in its despair, so abused by comedians, yet so close to serene and orderly Canada, and so blessed with an attractively resilient and rebellious spirit that its expatriates cannot wait to return. In essays that are historical and lyrical, objective yet powerfully emotional, Bruce Fisher offers a unique look at the distinct history and culture of Buffalo and the Canadian border region.

The place is a bundle of contradictions. Here, old-growth forests lie just down the road from landscapes despoiled by a century of heavy industry. Here, in a region that has been peaceful for almost two hundred years, monuments of ancient design define both sides of the Niagara River as a zone of conflicts one side refuses to forget. Here, in waters that used to ferry immigrants and the wealth of the North American interior, American children train to row against Canadian children in an event named for the monarchy. Here, in a city that struggles to make sense of an economy that no longer needs its labor, and where politicians are despised yet always returned to office, the very notion of sustainability is tested by an endless sequence of schemes for redemption. And here, in this unique border region, notions of justice rooted in family histories of Civil War veterans persist curiously through the politics that helped wreck Buffalo and frighten Toronto into a more attentive rectitude.

In the texts of letters found in a village library, in the geology of a streambed that the seasons disrupt, in the bright snow that smoothes and gentles the landscape but terrifies mayors, Fisher finds the universal in the distinctive, crossing borders not just of geography, but of history, culture, and politics.