The Life of Bobby Darin 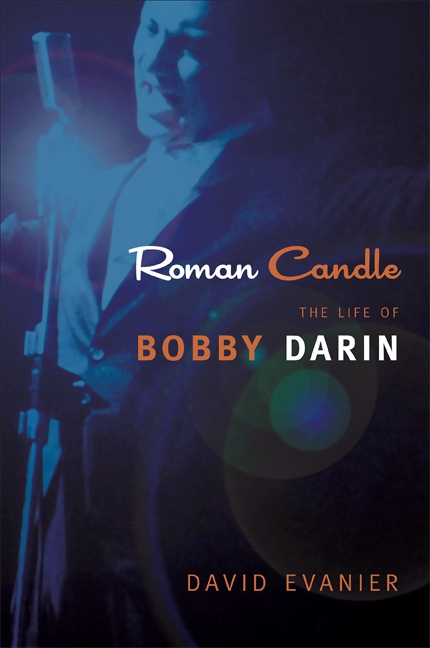 A performer who rivaled Sinatra, Bobby Darin rose from dire poverty to become one of the biggest stars of his generation. Dogged by chronic illness, he knew that time was not on his side, and so, in a career full of dizzying twists and turns, he did it all, moving from teen idol to Vegas song-and-dance man, from hipster to folkie and back. In Roman Candle, David Evanier offers a multilayered portrait of this brash, gifted artist, including the dark side of his celebrated marriage to America's sweetheart, Sandra Dee, and the incredible family secret that tore him apart at the end.

"Compelling and revealing ... Roman Candle gives us the many lives of one of the great entertainers of all time, whose flame was extinguished way too soon." — Kevin Spacey

"Informed by scores of interviews with Darin's friends and associates and written in no-nonsense, just-the-facts prose, Evanier's book paints a picture of a ruthlessly ambitious musician.... Sinatra may have had the bragging rights to 'My Way,' but Darin lived out the lyrics." — Publishers Weekly

"This biography percolates with cool.... [Evanier has] written a book so charged with intimacy, so heartbreakingly ebullient with life, that you feel that any moment the pages are about to snap their fingers and break into song." — Caroline Leavitt, The Boston Globe

"Darin has been the subject of several books; most notable is this new examination of the singer's life and work by David Evanier.... Evanier's portrait, true to its title, is one of a bright talent that soared quickly and erupted in a flash of glory." — David Hajdu, The Atlantic Monthly

"Music fans are liable to be surprised by the Bobby Darin mania sparked by Kevin Spacey's sunny new film biography. For the slightly darker look at Darin, hole up for the holidays with Roman Candle, the latest book about Darin's rollercoaster life." — Janet Maslin, "Top Ten list of Books for Gifts" (2004), The New York Times