Topography and Deep Structure in Plato

The Construction of Place in the Dialogues 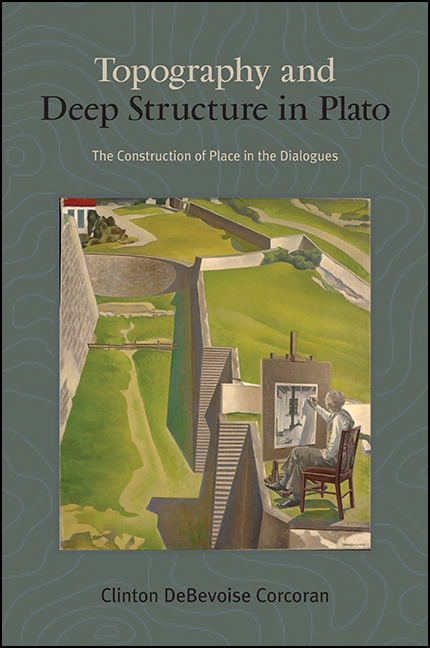 In this book, Clinton DeBevoise Corcoran examines the use of place in Plato's dialogues. Corcoran argues that spatial representations, such as walls, caves, and roads, as well as the creation of eternal patterns and chaotic images in the particular spaces, times, characterizations, and actions of the dialogues, provide clues to Plato's philosophic project. Throughout the dialogues, the Good serves as an overarching ordering principle for the construction of place and the proper limit of spaces, whether they be here in the world, deep in the underworld, or in the nonspatial ideal realm of the Forms. The Good, since it escapes the limits of space and time, equips Plato with a powerful mythopoetic tool to create settings, frames, and arguments that superimpose different dimensions of reality, allowing worlds to overlap that would otherwise be incommensurable. The Good also serves as a powerful ethical tool for evaluating the order of different spaces. Corcoran explores how Plato uses wrestling and war as metaphors for the mixing of the nonspatial, eternal forms in the world and history, and how he uses spatial images throughout the dialogues to critique Athens's tragic overreach in the Peloponnesian War. Far from merely an incidental backdrop in the dialogues, place etches the tragic intersection of the mortal and the immortal, good and evil, and Athens's past, present, and future.